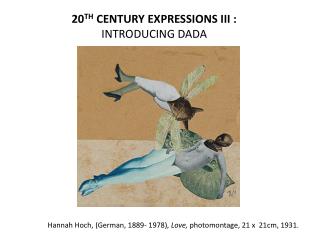 Late 20 th Century - . globalization media media from every country is available ability to get everyone’s point of

20 th Century Theatre - . performance analysis. li. to gain an understanding of how to conduct a critical analysis of a

20 th century - . by: matthew burdsall. what we have. in the begin of the 20 th century is horse and buggy. boats still