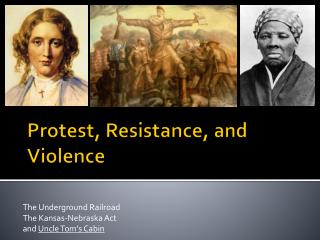 The Underground Railroad The Kansas-Nebraska Act and Uncle Tom’s Cabin. Protest, Resistance, and Violence. Objectives. To understand the Fugitive Slave Act and the reaction of Northern abolitionists to this law. A Rising Tide of Protest and Violence - . 10.2. objectives. analyze why the fugitive slave act increased tensions between

PROTEST AND REBELLION - . the vietnam war. where is vietnam?. why are we here? sides of vietnam. country divided at the