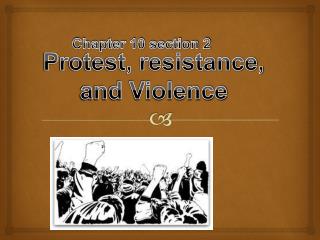 Protest, resistance, and Violence . Chapter 10 section 2. Fugitive Slaves and the Underground Railroad Fugitive Slave Act: a law enacted as part of the Compromise of 1850, designed to ensure that escaped slaves would be returned into bondage

Uncle Tom’s Cabin - . romantic and realistic. fiction has three objectives:. a. paint life, reflect life as it is:

The Union in Peril - . as slavery becomes the dominant issue in u.s. politics, the face of the country itself will