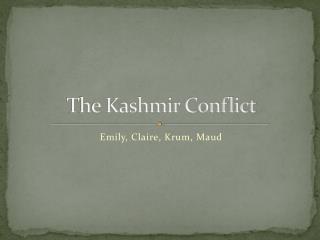 Conflict in Kashmir - . by joshua liu. map. kashmir is the northernmost region of the indian subcontinent. located on the

Conflict Over Kashmir - . what is kashmir?. geography. bordered by afghanistan, pakistan, india, and china contains

India-Pakistan and the Conflict over Kashmir

The Impeccable Kashmir - Amongst all the beautiful places, kashmir has its own charm that no other place can give you in