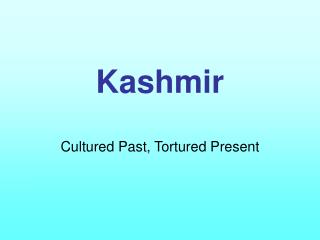 Kashmir Houseboats - Offers the best of kashmiri cuisine, make your holiday a magical experience with luxury

Kashmir Issue - Muslims are being tortured in all over the world. in kashmir there is majority of muslims but india is

kashmir valley - Indian hostility is shortly discuss in this

Azad Kashmir - . most political entity azad kashmir and gilgit-baltistan both constitute self governing own president