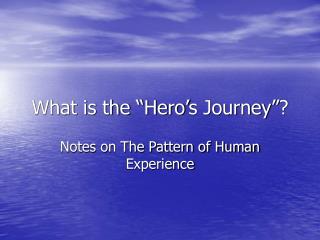 The Hero, The Tragic Hero, and The Anti-Hero - . the hero. traditionally in literature a hero is a character who

Who is your hero? What is your greatest interest? What was the highlight of your summer? - . 3.45 hours =

The Hero Monomyth - . joseph campbell most quotes are from the power of myth taken from

Building Power in Mathematics The Grand Ledge Journey - . thank you!. this courageous journey into new dimensions of