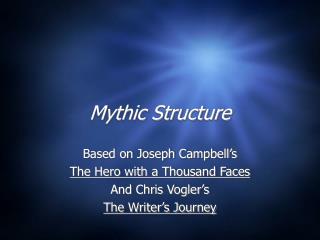 Mythic Structure. Based on Joseph Campbell’s The Hero with a Thousand Faces And Chris Vogler’s The Writer’s Journey. Storytelling and Myth. Carl Jung Strong correspondence between dreams and mythology Both come from a deeper source in the “collective unconscious” of the human race.

The Enlisted Force Structure - . afi 36-2618. overview. philosophy of the enlisted force structure purpose of the