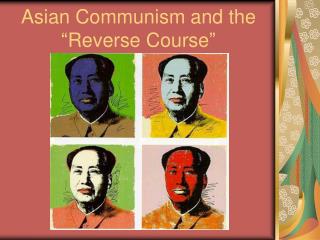 Asian Communism and the “Reverse Course”

Asian Communism and the “Reverse Course”

REVERSE ENGINEERING OF LOCAL &amp; INTERNATIONAL SURVEYS ON CORRUPTION IN THE PHILIPPINES - . a project funded under

Reverse of a Regular Language - . proof idea:. construct nfa that accepts :. invert the transitions of the nfa that

Forward and Reverse Engineering - . forward and reverse engineering. the uml is not just an oo modeling language. it also The Modern World - . the cold war the fall of communism. usa suffered only a few casualties in ww2 occupied west germany