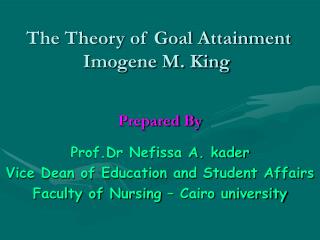 Topic 9: Goal Attainment Scaling - Introductory scenario . a graduated student had taken a position in the rural part of

Path-Goal Theory - Expectancy theory. employees effort is tied to his perception thatthere is a relationship between his