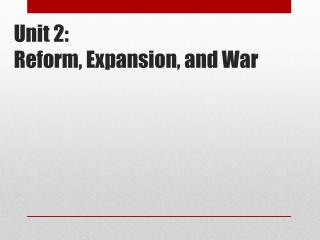 Unit 2: Reform, Expansion, and War. PROGRESSIVE REFORMS. If You Were There…