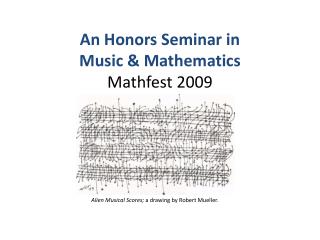 WELCOME TO DEPARTMENT OF MATHEMATICS - . department of mathematics faculty of science. a profile university of jammu

Marketing Mathematics - . “a basic skill needed in life and in any business”. marketing mathematics. what kind of

Mathematics describes only a tiny part of life, But Mathematics* Creates our Standard of Living - *e.g., electricity,

Mathematics Marches On - . chapter 7. table of contents. background. go there!. mathematics and music. go there!.

In the last meeting we discussed: Mental mathematics Have you explored this in your school? - . subject leader. summer