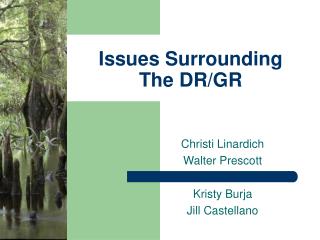 Ambient Intelligence - When the surrounding is aware what you want, what you need and where you are. that would be great,

The Ethics Surrounding Live and Recorded Music - . a study by mark a. mccormick &amp; amanda k. plummer. this project

Environmental Issues in Africa - . the problems. africans face many different types of environmental issues. some of them