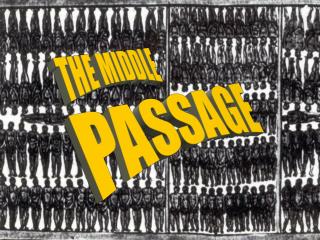 Welcome to a small country in the Middle Europe - . come to study to prague 2014/15. political, cultural and economic

Economic Principle of the “Middle Man” - . costco (wholesale). i’m hungry!. deli (retail). therefore, what does it

Founding the Middle Colonies - . in section, you will read about the founding of the middle colonies (such as new york),

Leading from the Middle - . rising to the challenge to strengthen our organizations. presenter, colleen fritsch director

“The Middle Kingdom” - . why do the call their country the middle kingdom ? (see

The Middle Passage - . the transatlantic slave trade and the sale of slave in the colonies. the european age of

THE MIDDLE COURSE - In the middle course, the river is deeper as a result of being joined by a number of tributaries.

The Middle Passage - . aims:. to identify what conditions were like on board a slave ship during the ‘middle passage

The Middle Way - . based on basics of buddhism by pat allwright presented by linda myring &amp; jay williams. a short