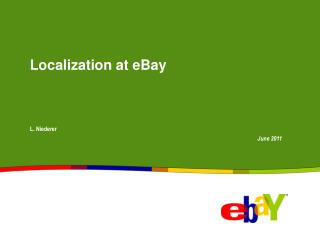 Intro to Zoology - . what is an animal?. typical characteristics:. 1) eukaryotic –each cell has a nucleus 2)

Usability for Pseudo-Techs - . or… how to not try to cater to your grandmother. it’s all about me. i have worked in

Selling On Ebay: How to increase product visibility and sales - Are you selling on ebay marketplace? here in this