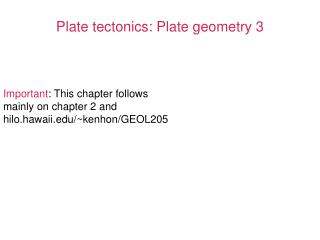 Mt. Kilauea - . plate location. the volcano of mt. kilauea is located on the pacific plate. much of the volcano is below

1 st QUARTER TEST Prep - . some study is highly recommended by the management. simply put, what is the theory of

Plenaries on a Plate - . 168 plenaries. for use across the key stages and the curriculum. made by mike gershon –