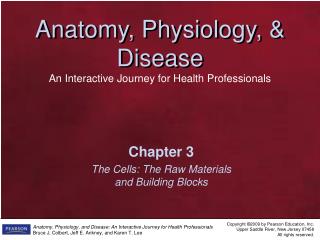 Chapter 3 The Cells: The Raw Materials and Building Blocks

Chapter 3 The Cells: The Raw Materials and Building Blocks

CELLS: The Building Blocks of Life - . history of the cell. robert hooke is a scientist from england. he experimented

Ch. 3 Cells! - . introduction. cell theory cells are the smallest living subunit of an organism all cells arise from

Chapter 3:The Chemical Building Blocks of Life - . topics you are not responsible for: molar concentration end of

Looking inside Cells - . cells and heredity chapter 1 lesson 2. how do the parts of a cell work: cell wall and cell

Chapter 2: introduction to cells - . what is a cell?. a cell is the smallest unit that is capable of performing life

Looking Inside Cells - . cells and heredity lesson 2 chapter 1. enter the cell . the tiny structures inside cells are

Looking Inside Cells - . cell wall. the rigid outer layer of nonliving material that surrounds plant cells is the cell

Chapter 3 Cells : The Basic Units of Life - . 5 levels of organization of all living things. 1. cells – the basic unit

Structure &amp; Function of Cells: Chapter 3 - . modern cell theory. 1. all living things are made of one or more