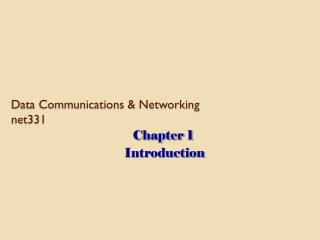 CS 453 - . computer networking data and computer communications. networking standards. so why can all of these devices