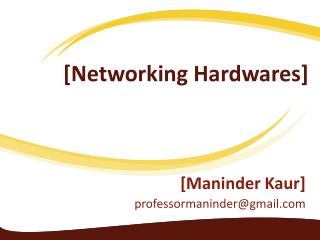 Chapter One - . an introduction to networking. let’s get acquainted. what is your name and how would you like us to

Networking skills: What they are and how you can improve them - . business link team meeting: 2 august 2007 richard