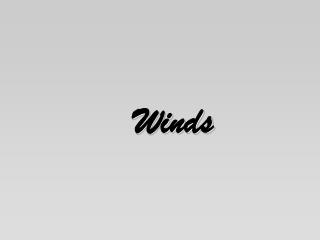 IMPACTS: TROPICAL CYCLONES and their effects on the Department of Defense and others - . typhoon omar (15w) , guam,

Tierheim Associates - . dream for the stars and sail the winds of change! tierheim associates linda lanham summitt. to

spirals - . a spiral winds in a continuous curve round a point. some spirals are man made. others are found in natural

Chapter 9 Circulation of the Ocean - . surface currents are driven by the winds. the westerlies and the trade winds are