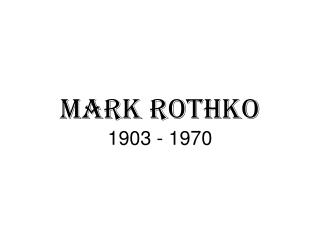 Mark Rothko 1903 - 1970. Most who view the work of Mark Rothko immediately have an emotional reaction to it. For some… it evokes emptiness, longing, joy, peace, anger, or sadness. To others, it is nothing more than blocks of color or random strokes of a brush on paper.

MRTP ACT 1969 - . mrtp act. the monopolies and restrictive trade practices was adopted by the government in 1969 and the

Online Indian Art Gallery - If you are looking for an online indian art gallery, then you are at right place. here you