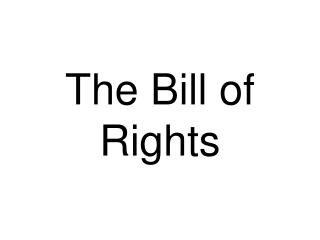 The Bill of Rights. U.S. Constitution was ratified on June 21, 1788 ONLY because a “Bill of Rights” was to be added later. James Madison took the first 8 Amendments from the Virginia Bill of Rights that was written in 1776 by George Mason.

AP CG: BRITAIN - . ch. 15 and ethel wood review. 1. all of the following are examples o rational-legal authority in

The Bill of Rights - . the first 10 amendments to the u. s. constitution. the first amendment. freedom of speech freedom