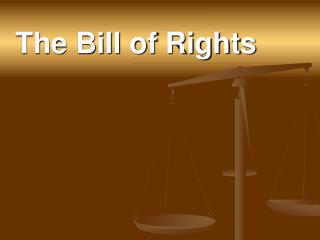 The Bill of Rights. Why a Bill of Rights?. The Controversy. Constant Interpretation Evolving Society (Abortion, Gay Rights, Crime, Human Rights, etc.) Which is more important ? *What the writers of the Bill of Rights exactly meant, or what is deemed best for society today?.