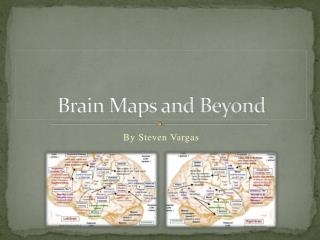 Brain Maps and Beyond

Brain Maps and Beyond. By Steven Vargas. History of Brain Mapping. Since the study of Phrenology, a now pseudoscience, people started to attribute certain brain areas with certain functions and behaviors. Phineas Gage and his frontal lobe damage, which caused him major personality changes.

Brain Maps and Beyond

Mind Maps - . what are they? how to create a mind map how can they help you?. they are:. visual diagrams that represent a

MIND MAPS - . by ms annabelle vella. what is a mind map. a  mind map  is a  diagram  used to visually outline MIND MAPPING - . visual revision techniques. why you should revise. your short term memory can only hold 7 bits of

Mind Maps - . mind maps. what is a mind map?. a mind map is a visual form of note-making that can be done either

THE BRAIN The Frontal lobe - . by chloe han , class 9b. i’ve chosen to study the frontal lobe because i’m intrigued

Mind Maps - . an introduction nancy newton 2011. quote from mind map creator tony buzan …. “whoever, wherever, you

What is Critical Thinking? - . part 1. source material. the information for this critical thinking class comes primarily

Brain function – the evidence from brain damage - . brain damage to a specific area and you cant talk? maybe that area

Ways to study the Brain!!! - . accidents : damage to brain regions can tell us about their functions phineas gage .

From GPS to Maps and Beyond Delaware Instructional Technology Conference – Spring 2008 - . thursday, april 10, 2008