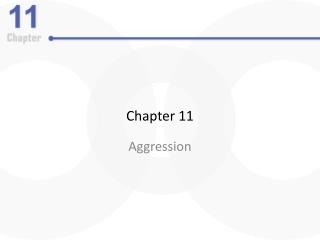 Chapter 11. Aggression. Is This an Act of Aggression?. Accidentally injuring someone. Working tenaciously to try to sell a product to a customer. Biting someone on the neck. Swinging a stick at someone but missing. Hurling insults at someone. Deliberately failing to prevent harm.

Chapter 11 Creative Execution: Art and Copy - . chapter overview. the role of art and copy in print, radio, and tv