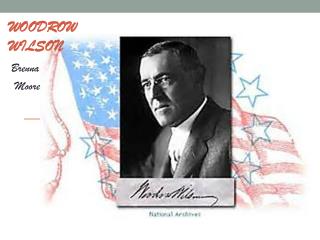 The Purpose and Use of the FR2900 Report - . gina manco. test your knowledge… 1.) how many federal reserve banks

ALPHA Is a symbol to a Neo-Nazi group based in Philadelphia. Alpha is headed by Ryan Wilson. - Hate groups. alpha is a

The Career of Woodrow Wilson - . julia wines. education. wilson spent his early years learning under his father at their