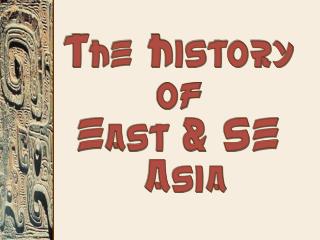 The History of East & SE Asia The History of East & SE Asia

Chapter 28 - . living in east asia. ch. 28 - objectives. discuss the type of governments and economies that east

CHAPTER 22 SHADOWS OVER THE PACIFIC: EAST ASIA UNDER CHALLENGE - . focus questions. why did the qing dynasty decline and