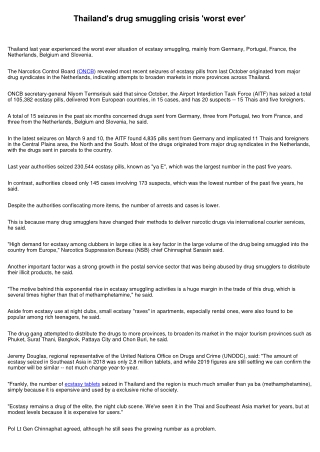 Thailand - . by: zachary amiton. my questions about thailand. 1. thailand has a great reputation of being a very peaceful

Imperialism - China - . the british and other european powers took over china the people of china did fight back – the

Smuggling WMD - . a police informant advises that he had been asked two weeks ago by a local criminal gang to locate a