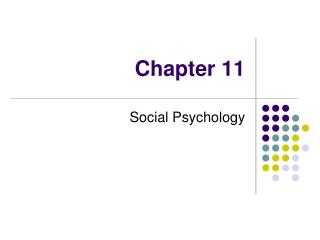 Chapter 11. Social Psychology. Social Psychology. The branch of psychology that studies how people think, feel, and behave in social situations. Social Cognition. The mental processes that people use to make sense out of their social environment Person perception Social categorization