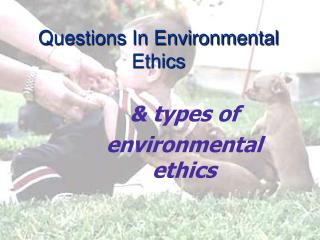 Medicine and Ethics - . chapter 6. introduction. ethics concerns itself with the philosophies underlying ideal

Topic #1: Ethics - . 1. the study of standards of conduct and moral judgment; moral philosophy 2. the system or code of

Christian Ethics - . in a postmodern world. ethics versus morality. ethics = ethos = “stall”. what is normative,

Ethics in Business Research - . what are research ethics?. ethics are norms or standards of behavior that guide moral

The Ethics of Duty and Rights - . the ethics of duty. more than any other philosopher, kant emphasized the way in which

Ethics for Computer Forensics - . a consensus approach. thomas schwarz, s.j. with help from mark ravizza, s.j. and the