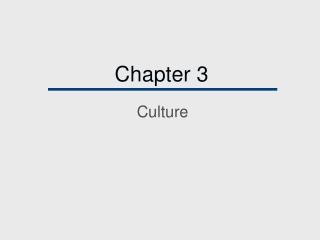 Chapter 3. Culture. What kinds of things come to mind, when we mention the word “CULTURE?”. Can animals have culture?. Culture.