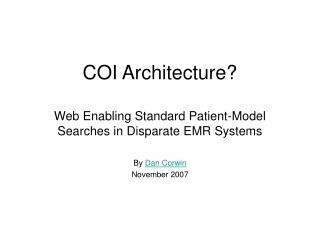 Architecture Is For Everyone - A gentle introduction to "architecture" presented at drupalcon paris, 2009.

History of Architecture - . taken from the book, a history of architecture, settings and rituals , by spiro kostof. why