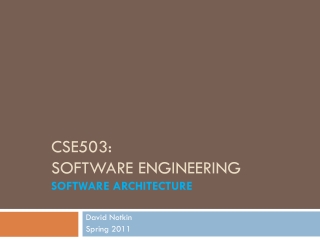 An Introduction to Software Architecture - . introduction. informal definition of sa. first step in developing the

Computer Software - . computer hardware is useless without software. software is the set of instructions and associated