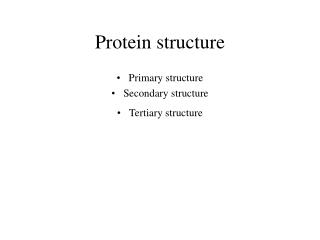 Protein glycosylation - . adds another layerof structure and specificity to proteins can enhance the function of a

Protein Structure Databases - . databases of three dimensional structures of proteins, where structure has been solved