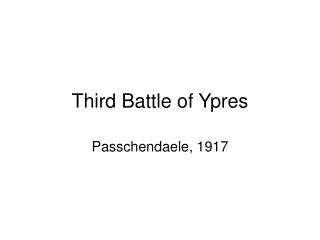 Battle of Passchendaele The Third Battle of Ypres - . by: matti chrisman. facts and statistics. the battle was launched