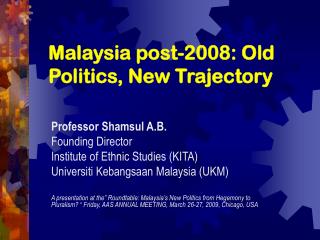 Characteristics of a good researcher - am i a researcher? - Presentation to iium - industry talk march 15, 2013 @