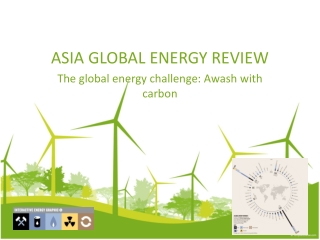 Even though countries are burning unprecedented amounts of oil and gas, the estimates of how much is left continue to grow, thanks to high prices and new technologies that have enabled companies to find and extract new resources. A decade ago, it was the tar sands of Canada and Venezuela. More recently, hydraulic-fracturing technologies have opened up oil and gas resources in the United States. Across the globe, proven oil and gas reserves are 60% higher today than they were in 1991. At current consumption rates, those reserves would last for about 60 years — and that could be extended by new discoveries and unconventional deposits. Coal reserves have not increased in size, but the supply will last for at least a century at current rates of consumption. Renewables such as solar and wind power are growing faster than any other source of energy, but are barely making a dent in fossil-fuel consumption. The scale of the challenge will only grow as the expanding global population requires more energy. This tour of global and regional energy trends makes clear that even with aggressive action to reduce energy consumption and curb emissions, fossil fuels will be around for a very long time. GLOBAL ENERGY CRISIS - . energy and global energy. energy is the capacity of a physical system to perform work the energy

Global Energy Crisis - . america is in a hole and its getting deeper. we imports 70% of our oil at a cost of $700 billion

Unit6 Global warming - . can you tell what we use energy for? energy lights our cities energy heats our buildings energy