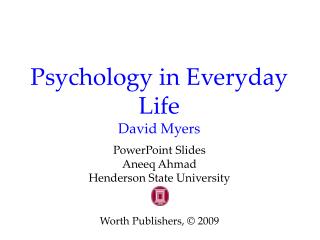 Myers-Briggs - . t/f exercise. at org inc., the policy is that work begins at 9:00am. the employee handbook says that all

Personality: What makes us different? - . an individual’s characteristic pattern of thinking, feeling, and acting .

Technology, Culture and Everyday Life - . technology: word created in 1829 to describe the application of science to

David DiBattista, Ph.D. Brock University Psychology Department - Getting the most out of multiple-choice questions. david