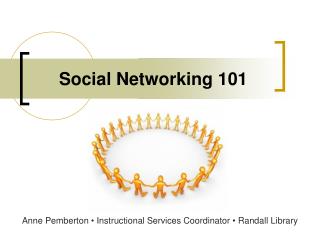 A+ Guide to Managing and Maintaining Your PC, 7e - . chapter 17 networking essentials. objectives. learn about hardware

Week#12 Networking Essentials - . click the graphic for assessment. objectives. learn about the tcp/ip protocols and

Social Networking Sites - . “social networks will play the most important role in the online habits of young people and