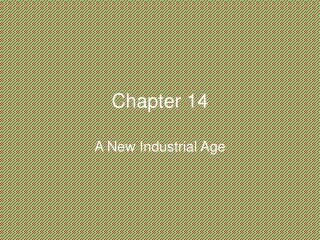 Chapter 14 A New Industrial Age Natural Resources Fuel Industrialization Used steam engine to drill for oil. Made kerosene from the oil and gasoline as a byproduct. Coal and iron deposits are found and steel is made from the iron by removing carbon.