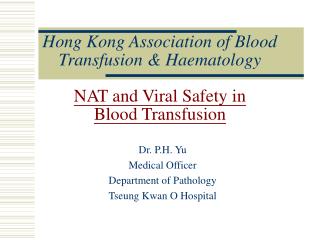 HONG KONG CINEMA - . fresh flowers told me how much you have been through the earth knows each and every corner of your

Hong Kong November 2013 - A day in the school library – a study across primary school libraries in china, hk and taiwan

BLOOD AND ITS COMPONENTS - . blood is vital to life ,or we can say blood is life . in india blood transfusion was first

Congratulations on the 35 th Anniversary Conference of the ACEI-Philippines - . from all members of acei executive board

Zhigang Li University of Hong Kong - . supply and demand. markets and prices. why does ming yao earn more than