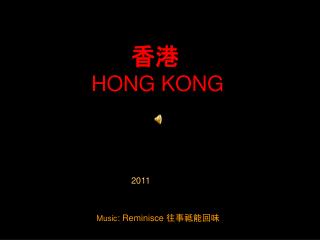 HONG KONG - . jenny wong student id: c62086. hong kong is one of two special administrative regions of china, the other