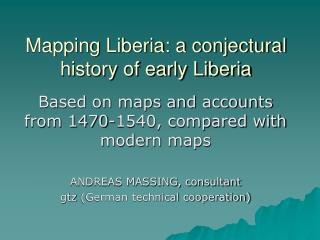 Mapping Liberia: a conjectural history of early Liberia. Based on maps and accounts from 1470-1540, compared with modern maps ANDREAS MASSING, consultant gtz (German technical cooperation). Purpose of the paper.

History of the Juvenile Justice System - . slide 2. after completing this chapter, you should be able to:. describe how

GIS for Planetary Geologic Mapping - . tools and methods to get started using gis geologic mapping prepared for a nasa