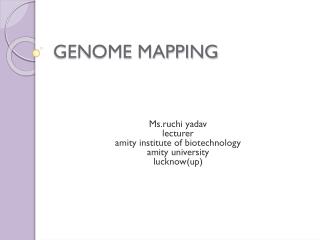 Genome Rearrangements - . genome rearrangements. mouse (x chrom.). what are the similarity blocks and how to find them?

Association Mapping - . david evans. outline. definitions / terminology what is (genetic) association? how do we test for

What is a genome? - . a genome is the full set of genetic information that an organism carries in its dna. the study of

$1k Genome - . presentation by kyle bolton. why?. would be nice to understand “human genomic diversity, encompassing

Mapping HIV integration - . october 3, 2002. introduction. goal: to infer the pattern of integration of the hiv virus