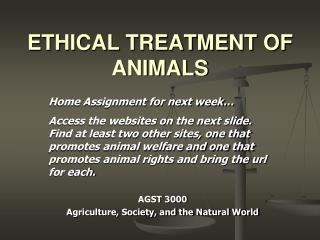 Chapter 6: Treating or Terminating: The Dilemma of Impaired Infants - . ethical issues. the treatment of impaired infants

How Do Animals Change as They Grow? - . grade 2. the learner will:. recognize that as an organism grows, its appearance