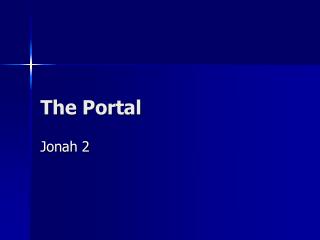 The GME Portal - . one place for everything. our concept. what do you think?. should we do this? what is most important?

The IIID Portal - . the portal for the iiid is slated to become the most dynamic and vibrant website on architecture,

Building the Portal - . select your host computer. you will need a real ip address for some cog-based portlets vpn