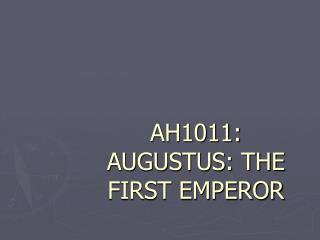 Julius Caesar - . a tragedy in 5 acts by william shakespeare. characters. julius caesar. not the main character

The Olympics: Then and Now - The earliest recorded date in history for the olympics. ancient olympic games lasted from

Emperor penguin adaptations - . wings are shaped like fins to help swim. can see better under water than on land cause

Japan - . i. feudalism. a political, economic, and social system that exchanges land for loyalty and military service. a.

Ancient Rome: The Rise of Christianity - . a little history lesson . what is christianity?. entering a time of peace.