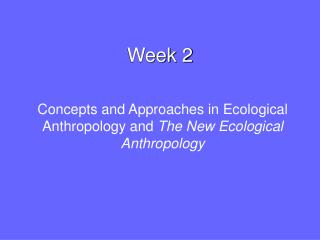 Week 2! - . when you are done with your test. write down your homework! finish factor and multiple worksheet set up inb

Week 2: Globalization and Information Systems - . mis 2101: management information systems. based on material from

IS2034 - Week 2 - . living in the information age the international information society and you ! sc chap 7.

Week 2 - . come in and be sure to sign in. topics for the week. wiki meaningful and constructive literacy overview of

Week 2: History of The System and Its Perception of the Family - . psrt 4271: the family role in rehabilitation.