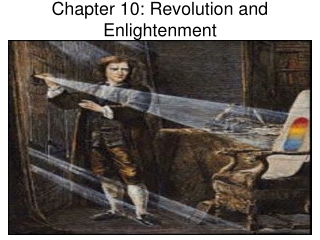 Chapter 10: Revolution and Enlightenment. Section 1: The Scientific Revolution. Background to the Revolution : Middle Ages, scientists relied on a few ancient authorities like Aristotle but there are several reasons why philosophers abandoned old views and developed new ones :