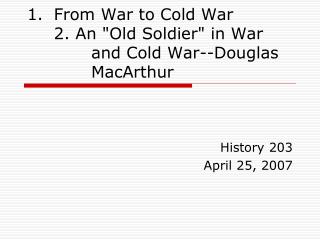 From War to Cold War 2. An "Old Soldier" in War and Cold War--Douglas MacArthur

From War to Cold War 2. An "Old Soldier" in War and Cold War--Douglas MacArthur