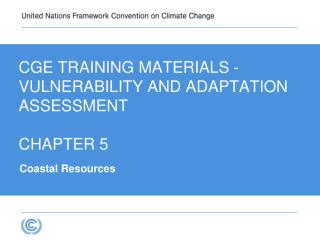 CGE Training materials - VULNERABILITY AND ADAPTATION Assessment CHAPTER 5. Coastal Resources. Expectation from the Training Material. Having read this presentation, in conjunction with the related handbook, the reader should:

Vulnerability Assessment in Lebanon OXFAM GB AND PARTNERS - . objective of the assessment. better understanding of

（ Lead Authors for the 4 th Assessment Report of the IPCC, WG II, Chapter 3 “ Freshwater resources and their - Geoss

Training on Vulnerability and Adaptation Assessment for the Latin America and the Caribbean Region - . human health